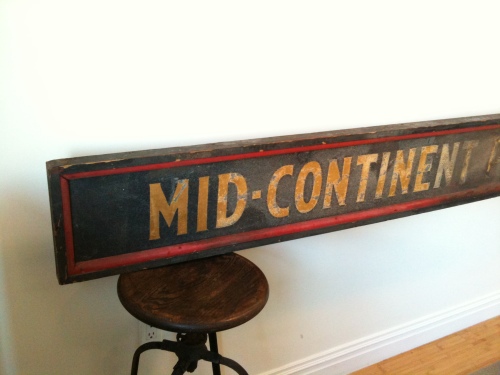 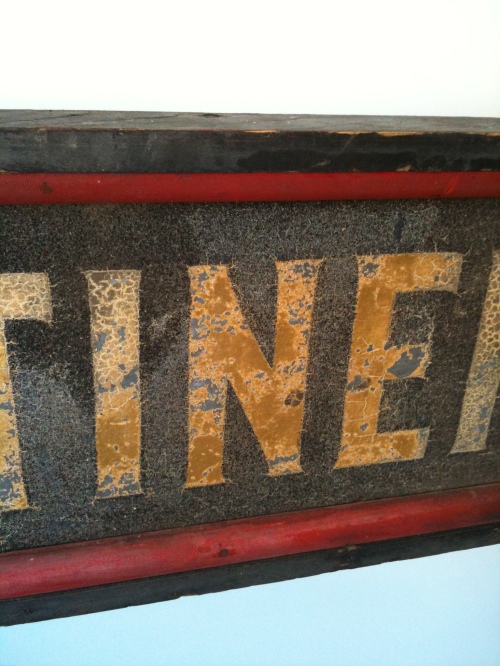 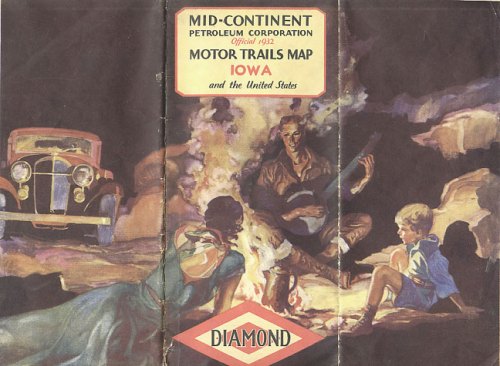 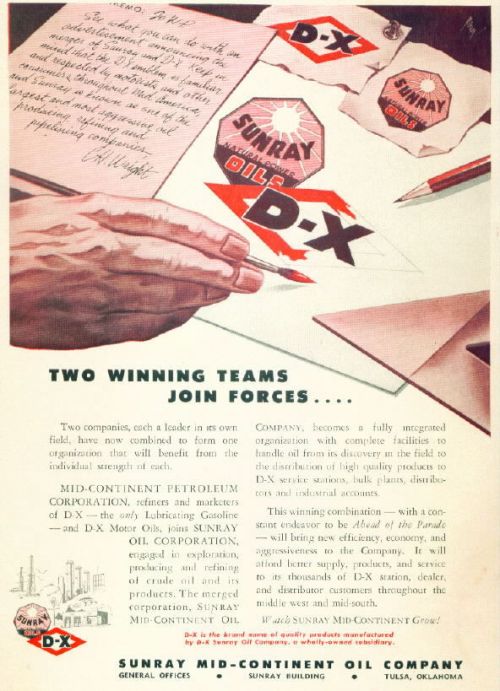 The Mid-Continent Petroleum Corporation was established in 1918 and the Tulsa, OK offices became the company’s headquarters in 1925. In 1933, D-X gasoline was introduced and service stations were branded with, “Diamond Gasoline Motor Oil”. Throughout the 1980s and 90s their network of stations were again re-branded as the familiar, Sunoco.

This twelve foot long sign is one that hung outside the Tulsa, OK headquarters for a couple of decades before being removed in the 1950s when Mid-Continent merged with Sunray Oils. The story goes that after this, the sign was stored for more than fifty years in the rafters of one of the company’s Oklahoma plants. With the rise in collectibilty of gas and petrol related items over the last decade, the provenance surrounding this piece is fascinating and raises the question of what else could be out there just waiting to be discovered.

The sign itself is steel with gold-leaf lettering, surrounded by a solid wood frame. Some of the lettering, especially around the word, “petroleum” has faded with time but overall, this historic gas collectible is in excellent condition.

This entry was posted in Advertising, Motoring, Signs. Bookmark the permalink.