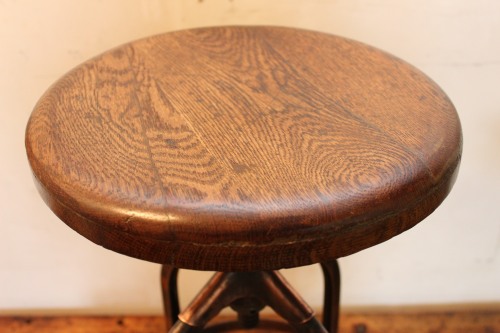 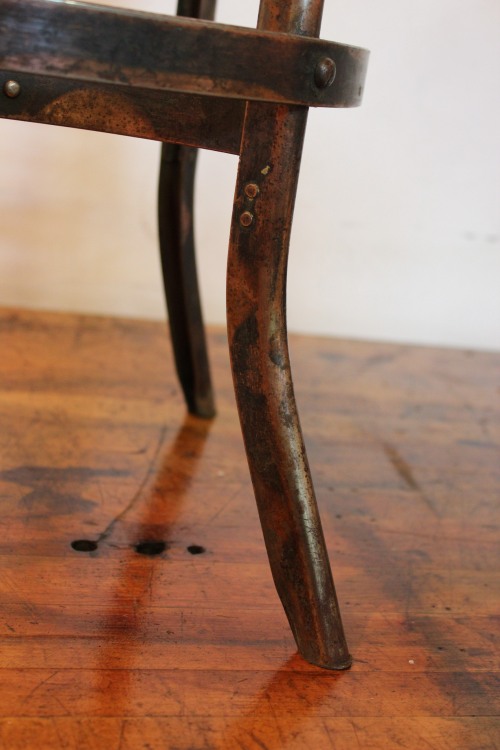 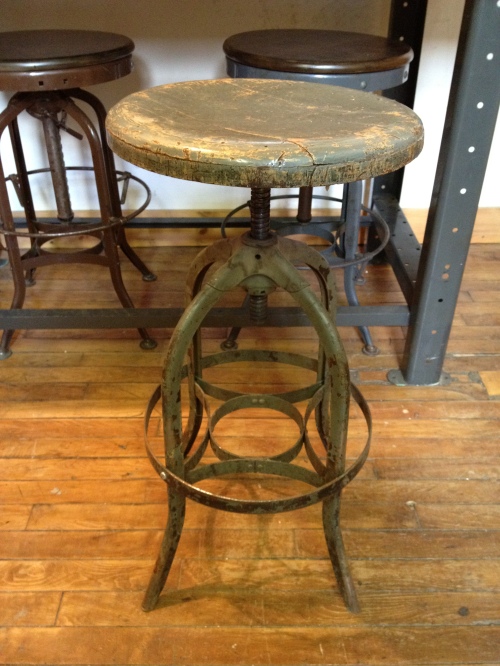 It’s always a pleasure to unearth a Uhl Toledo piece, but it’s all the better finding one that’s rare or unusual. Regardless of whatever poor state the item arrives in, its restoration can lead to further discovery. With dozens if not hundreds of variations that existed within the product lines, the desire exists to seek out something that you’ve not had before.

Early Toledo products received a copper oxidization treatment to the steel, known as japanning. This effect of marbling matte black with the sheen of copper was popular during the turn of the twentieth century.

Aside from the japanned steel, there are other characteristics this stool possesses that set it apart from its descendents. Rather than using a sprung lever arm, one adjusts the height by swiveling the seat up and down. The footrest ring is a strap of steel, rather than a thick wire, as it appeared in subsequent designs, and the wood is more substantial due to the lack of a metal support framework.

This entry was posted in Factory, Industrial, Pre WWI, Stools. Bookmark the permalink.