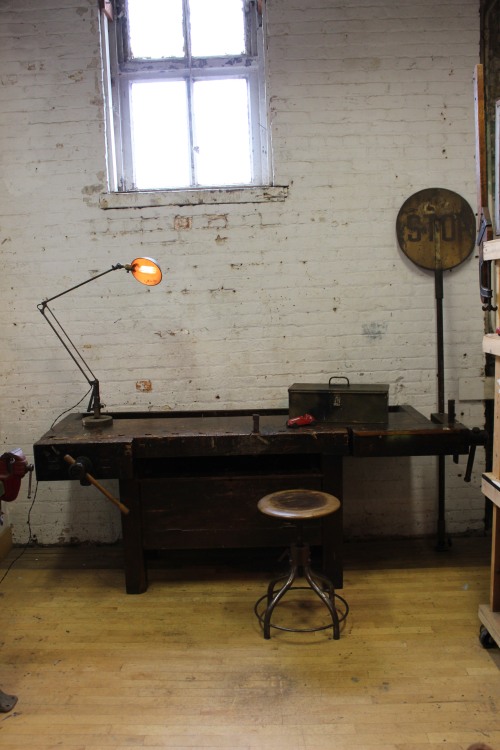 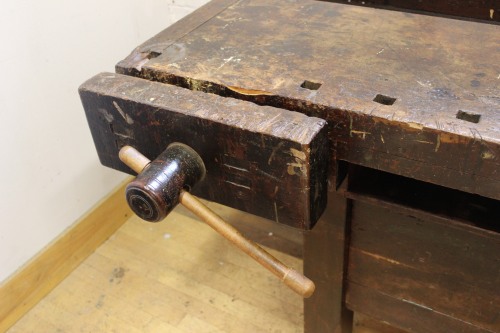 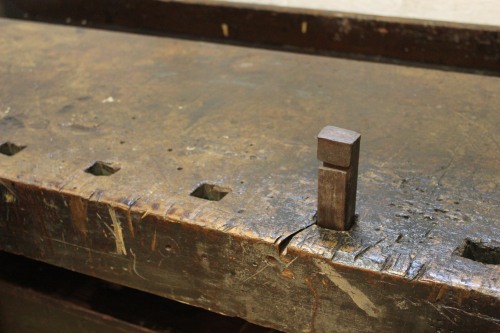 To create a table it sometimes requires a table. Or in this case, the workbench to end all workbenches.

Traditionally, benches like this were found in wood shops, basements and garages. Generous enough to hold large and, in some cases, multiple furniture items, the 4-inch-thick maple top provides a stable station. Located on the front and side are vises that keep the project in place. At the rear of the horizontal surface is a gutter where tools and shavings can be pushed aside, while below a later addition including walls and a hinged door form a compartment for storing other tools.

Today, this 7-foot piece is as likely to be found in an open-plan kitchen surround by people sipping drinks or preparing food as it is in a carpentry shop. A thorough cleaning and several coats of polyurethane converted a workhorse like this into a show pony worthy of all the praise and attention it attracts. 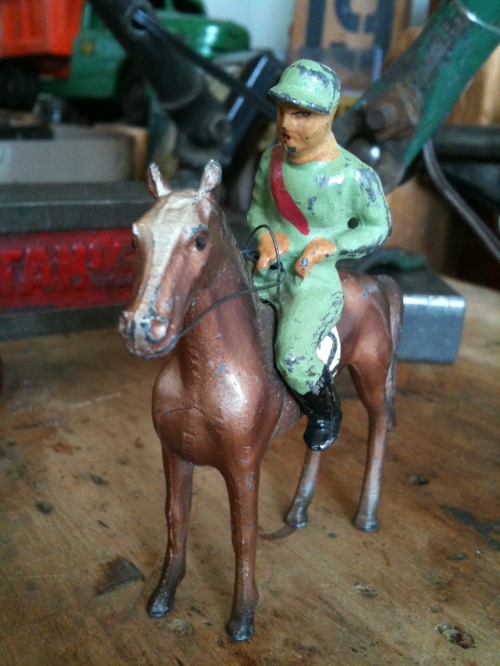 Before there was any notion of 3-D PlayStation games, children played with 3-D lead toys. You know something is really three-dimensional when it’s weighty like lead. Call of Duty: Black Ops, eat your heart out.

C. Frank Krupp was  a former sculptor and mold-maker for Barclay. His desire was to create his own line of lead figurines, and with the help of David Reader — the brother of Barclay owner Irving Reader — he incorporated All-NU in 1938. They started out in Yonkers, New York and in 1941 moved to their larger digs in Manhattan. That same year, Woolworth’s carried their full line of products, but with WWII came a cease in the production of lead toys. Shortly after the war, a partnership with Faben Products was formed and they resumed manufacturing the pre-war items that made All-NU so popular, such as horses, mounted hunters, cowboys and cowgirls on broncos.

This elegant example is of a jockey atop a racehorse. There is some paint loss, but the original wire rein continues to be grasped by the rider. The number 2 is clearly marked on either side of the animal, and perhaps the greatest feat of all, there are no chips to the lead. The snout, ears, tail and hoofs are prime areas where play could have led to chips and breaks, but this piece appears complete and intact. 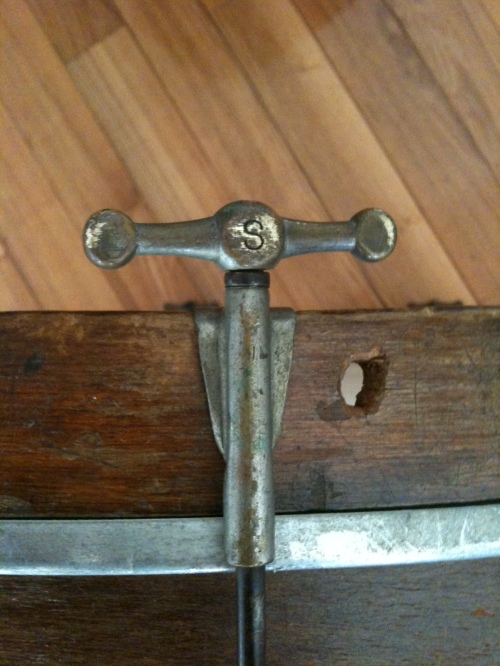 It’s good to shake things up. Yes, indeed. It’s also good to re-purpose an object specifically engineered for one task and reassigning it to fulfill another.

Here we have a mahogany Slingerland drum, manufactured in Chicago in the late 1920s. The wood frame on this example has aged well (hopefully from countless late night jams, smoke-filled clubs and spilled cocktails) giving the drum a charming patina. Its skins are tight and the metal hardware aides it in its overall strength.

Though still capable of holding its own as a functioning instrument, this piece will be re-purposed to be a generous sized coffee table.

Now, let’s see if we can drum up some drinks around here…(boom-boom!).

Update: Shortly after writing this post, the drum was snapped up and used in the John Varvatos, Spring 2011 campaign. (Can’t say I’ve ever been a fan of Dave Matthews but the ad is very well styled!) 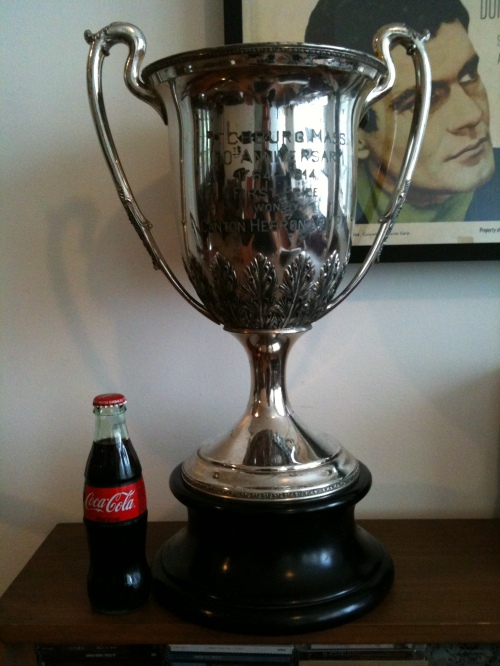 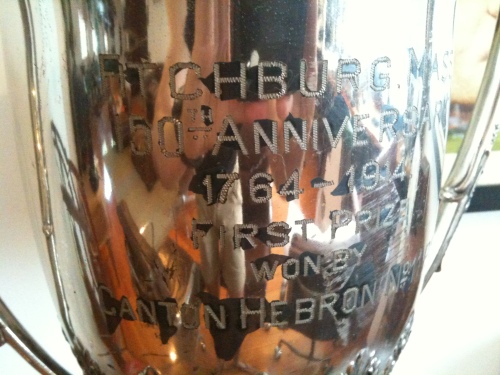 There’s been a trend in the last few years toward vintage/antique trophies—and you can see why! Sporting memorabilia has always been a hot area, and trophies are a natural extension of this. In particular, old golf trophies are on the rise price-wise.

This “loving cup” is more of a whimsical find than an investment. I was drawn to the sheer scale of this trophy, measuring a whopping 20+ inches tall. The silver plate is tired and worn (just the way I prefer it). Beautifully ornate silver details adorn the lower part of the cup; the arms and cup itself rest on a black solid-wood base.

The hedonists in my girlfriend and I make us want to appropriate this as our new Champagne bucket. Bottoms up!